Dark Night Of The Soul 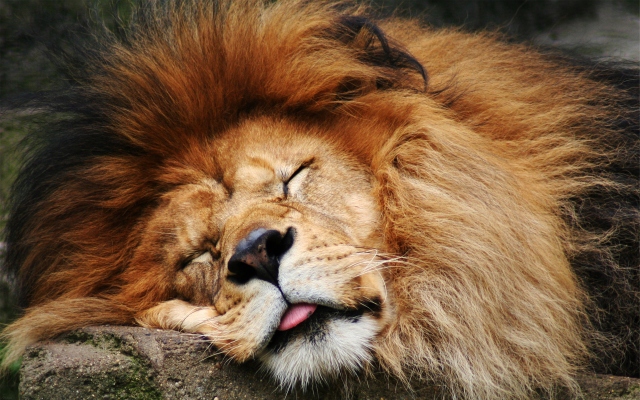 The doctors have been running tests for months, the psychologists and therapists and have been probing ever deeper into my mind, my church has been praying and my work has been patient.

I can’t say what started this unbelievably sick and weak feeling that began on Ash Wednesday which at that time put me in bed for several days and has since made it nearly impossible to reintegrate into my normal routines.

And so far nobody has been able to pinpoint exactly what is at the root of this physical ailment ; but I can say with utmost certainty:

The Dark Night of the Soul is a very real thing…

I have felt like I was loosing my mind and faith. I’m a Christian, not a very good one by my standards, but by His grace alone I have been able to hang on to one single strand of hope in His promises.

This I believe is a promise that we must write deeply upon our own souls. Without it there can be little hope of survival in the darkest hours.

It has now been nearly 2 months since that onset. I was positive there had to be a medical cause; a blood disorder or the onset of something serious. We tested and probed and found minor things like a sleep disorder (without apnea), hypertension (without a known cause), a vitamin b12 deficiency and other treatable conditions that could be byproducts of poor self-care (you think?); but none of them added up to be the root problem.

During this time my employers have been gracious in allowing me to work from home nearly full-time.  I’m an IT Manager by trade and can remotely fix most computer problems from the house; but on the eve of Good Friday things were about to change.

Good Friday – A Death To Self

I was angry! What do you mean? I’ve got this! I was still meeting most of my church and family responsibilities… can’t you see the wheels are still on the bus!!!! But my boss was clear; come back to work full time or get a medical release.

I was forced to face the fact that what I was doing wasn’t working. I wasn’t getting better and I wasn’t meeting the full expectations of my employers. In my striving to “keep things the same” I was letting everyone down and my defense was “can’t you see I’m doing the best I can?”.

I recall the Saturday after Good Friday my recovery sponsor asking me one simple question: “who is George without his career?”

I wept; I realized in that moment that my identity had been wrapped up on my nearly superhero antics at my job. For nearly 16 years I have been the only IT guy for over 150 employees in 6 offices throughout the Western United States. I have not had more than a few days in a row off where I was completely disconnected from the office. This is my empire – I got this!

And since coming to Christ over 5 years ago I have added on superhero status in lay-ministry by leading groups, ushering, mentoring, participating in volunteer projects from moving people to clean-ups, prayer ministry, new believer team, homeless outreach; all I was missing was cape.

That Saturday night I awoke from one of the most horrible nightmares I have ever experienced which as I sit here recalling it now still causes my soul to cringe.

It was 9/11 and I was standing on the ledge of a window hundreds of floors up in one of the towers. The room behind me was a blast furnace of fire and smoke and I had 2 choices; do nothing and die or jump and die.

I woke up at 3 am literally screaming and physically ill. I instantly realized just how deeply my soul was anguishing over my real life options: return to work and end up in the hospital or worse go out on disability and risk losing everything.

As Easter service rolled around I was still undecided. It was a choice I couldn’t make; to me neither option was a viable solution; both ended with more pain and darkness as I saw it. I couldn’t see past the veil.

The Easter sermon was powerful and there was one statement our pastor made that changed everything. The title was “Come Home” and the line was “you are not working double shifts at the office for your family – you are doing it for yourself”

That was it; the decision was clear. Pride was the sin driving me into the ground and the reason why I was unable to surrender and admit “I can’t do it all”.

I would talk to my doctor on Monday and trust his judgment and leave the results to God.

Ugh! For me that was nearly a death sentence. I DON’T HAVE TIME TO BE SICK!!! PEOPLE RELY ON ME!!! Nobody understands….

So here I sit blogging for the first time in several months on the morning of April 5 – the 5th day of my being completely separated from my job in nearly 16 years and my first time not working in over 30 years.

It is not easy to disconnect but the need for it couldn’t be more clear.

Hmmm, this is going to be harder than I thought. My sponsor asks me incessantly “what are you going to do differently today”. I HATE that question but respect him dearly for relentlessly pressing that reality into my awareness.

My solutions to most problems in life are either run from it or try harder. I live in the extremes and neither were going to work in this season.

So on April 1st, my first day of surrender, it came to me that I should create an overarching agenda for this journey. But what could it be that wasn’t the same ole George trying to drive the bus and hitting the wall at 1,000 mph (it’s a tricked out bus).

I can only believe that what emerged from that day of prayer, meditation, journaling and waiting in expectation (all things I haven’t done much of or well lately) was Divinely implanted into my conscious mind.

I would pursue the answer to 4 critical questions.

How can I evangelize a God I don’t know.

How can I have self confidence, boldness and stability if I don’t know who I am.

How can I expect to survive on my own power pursuing my own agenda when God promises an abundance of life when we align our will with His.

How can I expect to glorify God with my life if I’m trying to do everything and not just focusing on using the specific gifts He equipped me with to carry out His will and purposes for my life.

So three days ago on the morning of April 2nd (day two of this season) I drove to my church to meet a trusted brother in Christ and his mentor. They do a process called Deep Inner Healing Prayer. I had no idea what to expect but the main goal of this time off for me now is to simply seek and trust God and step eagerly into anything I am confident He has laid out before me.

I will do a separate blog to describe the overwhelming and deeply powerful experience that had on me. In fact it had so much impact on me that the very next day (April 3rd, my third day in this journey) was entirely devoted to writing about the experience which turned into a 13,000 word short book. I have never done anything like that before.

There were so many substantial core discoveries about my strongholds and non-resolution of past traumas that my mind was blown away and it poured out in a 16 hour power session of writing. (Maybe I should make that an eBook and it link through this site someday).

So, it is now the morning of April 5th, day 5 on this journey. I am so happy to be reunited with my blog!

Later today I have a face-to-face meeting with my sponsor who I haven’t seen in person for many months and I have my first date in nearly 14 years. (yeah, that wasn’t a typo!) Talk about doing new stuff!!

I appreciate anyone that actually took the time to read this post and more so would deeply appreciate any prayers that you may be willing to send up on my behalf and any comments of encouragement.

My hope is this is a powerful personal revival and a new life reliance on Christ will emerge unlike anything I have ever experienced before.

All I know is that I will choose to just take it one-day-at-a-time and expectantly wait on the Father for the next right thing to do.

May the rich blessings in Christ dwell deep within your hearts and may you and your families be thriving in God’s economy!

Life is hard, and change is inevitable. Sometimes it is welcomed, and other times it is overwhelming. As a child abuse survivor who has struggled with mental illness such as anxiety, PTSD, ADD, OCD, addictions and mountains of self-worth issues, I now find myself resilient, empowered and filled with gratitude most days. But that doesn't come easy or natural. It takes intentionality. It takes faith. It takes patient endurance. It takes incredible amounts of self-awareness, honesty, humility, and courage to make choices that are the polar opposite of how you feel. It takes vision and determination, hope and healing. I'm glad you stopped by my blog, I hope you found something of use as I transparently share my journey with others, the highs and the lows, the wisdom and the blunders, in the hopes that my mess becomes a message of hope, encouragement, and strength for even one person. .
View all posts by NIKAOS, JOR & LMP →
This entry was posted in God's story, my story, Recovery and tagged busyness, childhood trauma, dark night of the soul, Deep Inner Healing Prayer, depression, exhaustion, faith, healing, recovery, rest, striving, surrender. Bookmark the permalink.