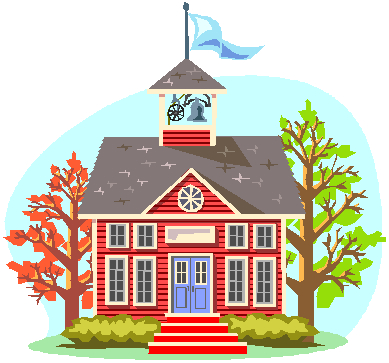 An Outline History of Religion in American Schools

1624
Virginia General Assembly rules that Indian children be rounded up and educated in religion and civilization.

1636
Harvard College is founded by John Harvard a Presbyterian minister primarily as a religious school to train clergy in the Christian faith.

1642
Compulsory School law passed in Massachusetts, called the “Old Deluder Satan Law”. This law was passed to assure that children could read their Bibles.

1690
Connecticut Law passed that children be taught to read so they can read Holy Scriptures.

1690
First New England Primer is published. The Alphabet is taught using Bible verses for each letter, and has questions on Bible moral teachings. The Primer contains children’s prayers, the Lords Prayer, the Ten Commandments, the Shorter Catechism and questions on the Bible by Mr. Cotton. The New England Primer will be in wide use in American schools of all types public, private, home or parochial, for the next 200 years.

1699
Yale was founded by ten ministers in order to further the reformed Protestant religion. Students were required to read Scriptures morning and evening at times of prayer.

1717
Rev. Cotton Mather starts classes for Negroes and Indians to teach the 3 “R’s” plus religion.

1746
Princeton was founded by the Presbyterians with the Rev. Jonathan Dickinson as its first president. Every student shall attend worship in the college hall morning and evening at the hours appointed and shall behave with gravity and reverence during the whole service.

1746
Moravian boarding school established for girls is not limited to believers.

1764
Brown University established by the Baptist to further the religious revival known as the “Great Awakening” in America.

1769
Dartmouth-College is established for the education and instruction of youths in reading, writing and all parts of learning which shall appear necessary and expedient for civilizing and Christianizing the children.

1770
Quakers open school for Negroes in Philadelphia which include religious training.

1779
Delaware Indians bring children to George Washington for education, and Washington says “You do well to wish to learn our arts and ways of life, and above all, the religion of Jesus Christ.”

1781
Congress approves the purchase of Bibles to be used in schools.

1783
First Noah Webster (Blue Book) Speller is published, with its opening sentence declaring: “No man may put off the law of God.” This speller is widely used in American schools and is peppered throughout with Bible verses. Later versions stated, “Noah Webster who taught millions to read but not one to sin.”

1787
Congress passes the Northwest Ordinance which is outlines requirements for governments of new territories so they can qualify for statehood. Article 3 of the Northwest Ordinance directs the people of the territories to establish schools “to teach religion, morality, and knowledge.” Nearly every state admitted to the Union after this has written in their State Constitution wording that the schools are to teach morality and religion and they all use the Bible as the bases for their teachings.

1789
Georgetown becomes the first Catholic college in America to serve as a college and seminary to train Roman Catholic clergymen.

1796
In Washington’s Presidential farewell address to the nation he encourages America to learn Biblical teachings to sustain a moral and just country.

1802
Thomas Jefferson acting as President for Washington D.C. schools requires the Bible and the Watts Hymnal to be used in classrooms.

1808
Washington’s Farewell Address is published as a separate text book. Washington’s Address is looked upon as one of the most important political documents in American history. In the speech Washington emphases that for America to succeed it must have a moral society which can only come from roots in the Christian faith. This text book is used until 1960’s.

1830
Dr. Benjamin Rush signer of the Declaration of Independence, letter is published in support of using the Bible as a school textbook.

1836
First McGuffey reader is published which teaches the ABC’s along with Bible verses. This reader is looked at as an “eclectic reader” which combine instructive axioms and proverbs, fundamentals of grammar and selections of the finest English literature.

1844
Girard proposes to teach morals without the Bible. The Supreme Court rules that American schools are to teach Christianity using the Bible. The case is argued and won by Daniel Webster. (Videl v. Girard)

1867
Morehouse College and Howard University are founded. Both schools are to help ex-slaves become teachers and preachers.

1870
One room Public Schools begin to take hold in the U.S.

1890
Supreme Court rules that America “is a religious people. . . . this is a Christian nation” as such it is fitting that its people would teach their children the Christian faith. (The Trinity Case)

1892
Pledge of Allegiance is written for school children to recite at school.

1892
The American Teachers Union declare that schools should continue to teach morals from the Bible as schools are turned over to the various States from the Christian Churches. Prior to this many schools had been run by churches of various denominations. Many state Constitution’s mandate the teaching of morals, religion and knowledge. Of the first 108 colleges and universities founded in America, 106 where founded as Christian schools. Of the first 126 colleges, 123 were Christian.

1925
Tennessee governor signs law forbidding the teaching of evolution in public schools. ACLU Lawyers take a school district to court in the famous Scopes Monkey Trial in an effort to have evolution taught in Tennessee Public Schools.

1946
Dallas schools publish textbook titled “Bible Studies Course for New Testament.” This book has many questions and answers about the life of Jesus Christ.

1948
Supreme Court rules that time set aside for prayer in public schools is unconstitutional. (McCollum v. Board of Education)

1954
The words “One Nation Under God” are add to the Pledge of Allegiance.

1965
Supreme Court rules that a child may pray silently to himself if no one knows he is praying and his lips do not move.

1980
U.S. schools report the lowest S.A.T. scores ever, after 18 straight years of decline following the 1962 ban on school prayer.

1980
Supreme Court rules that the Ten Commandments can not be posted in classrooms, “for a child might read them, reflect upon them and then obey them.” (Stone vs. Graham)

1984
There are now 32,000 Christian Schools in America to counter the Supreme Courts secularizing of the public school system.

1985
Supreme Court strikes down Alabama law requiring schools to have a moment of silent meditation at the beginning of the day.

1999
Two Students at Littleton, Colorado High School shoot eleven students. None of the students have ever seen the Ten Commandments, “Thou shall not Kill” in a public school.

2004
Supreme Court upholds the words “One Nation Under God” in the Pledge of Allegiance.

The Supreme Court has done more to turn this Nation away from God,
then any other branch of the Government.

Life is hard and changes are inevitable. Sometimes it is welcomed, and other times it is overwhelming. The great part is, we are never alone if we choose to let others in. Find a like-minded community and get plugged in, it will change your life!
View all posts by George Crone →
This entry was posted in wake up America and tagged bible in school, human-rights, politics, religion, school prayer. Bookmark the permalink.

Understanding ourselves and the world we live in.